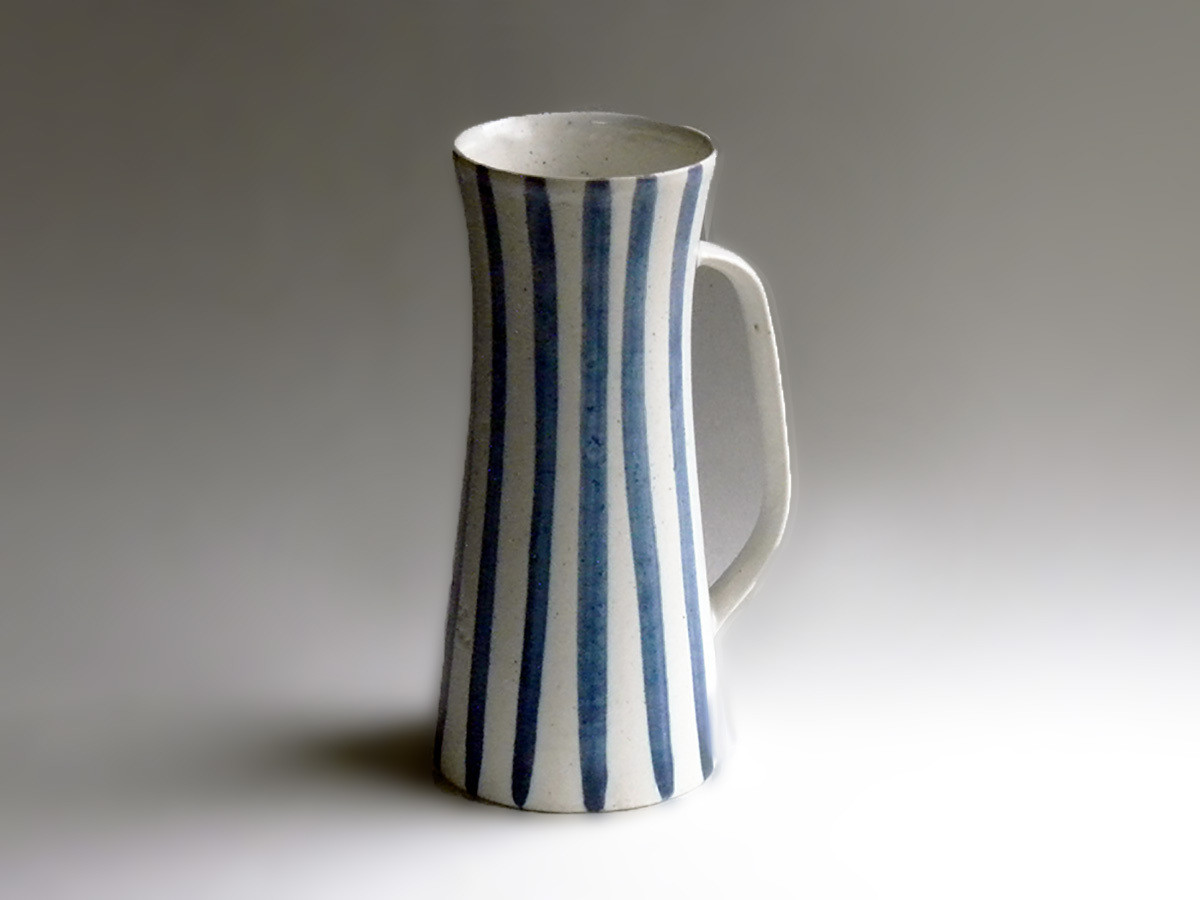 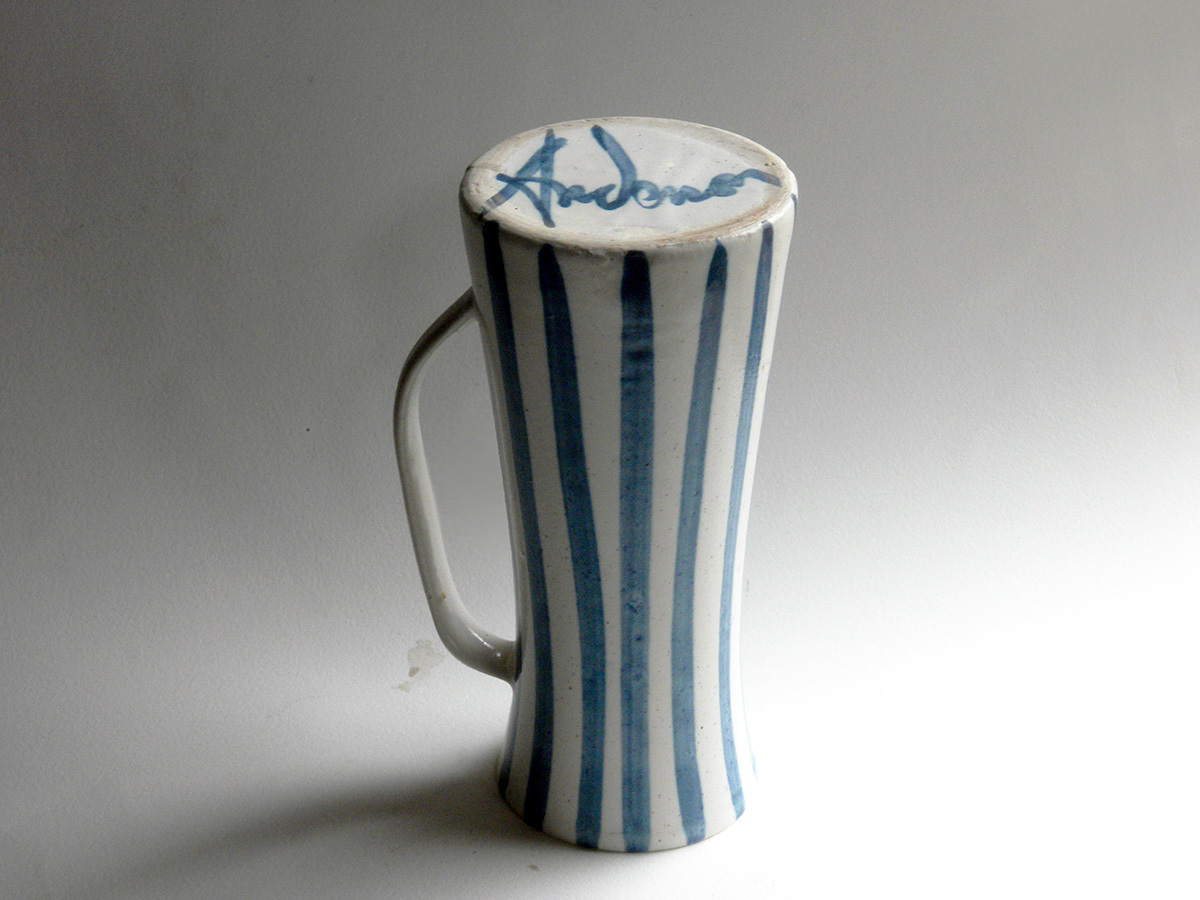 The Blue and white stein is an Andersen classic. This stein is probably the original prototype. It is signed on the bottom with a hand scripted “Andersen”, painted in blue decorating color against a background circle glazed in white. 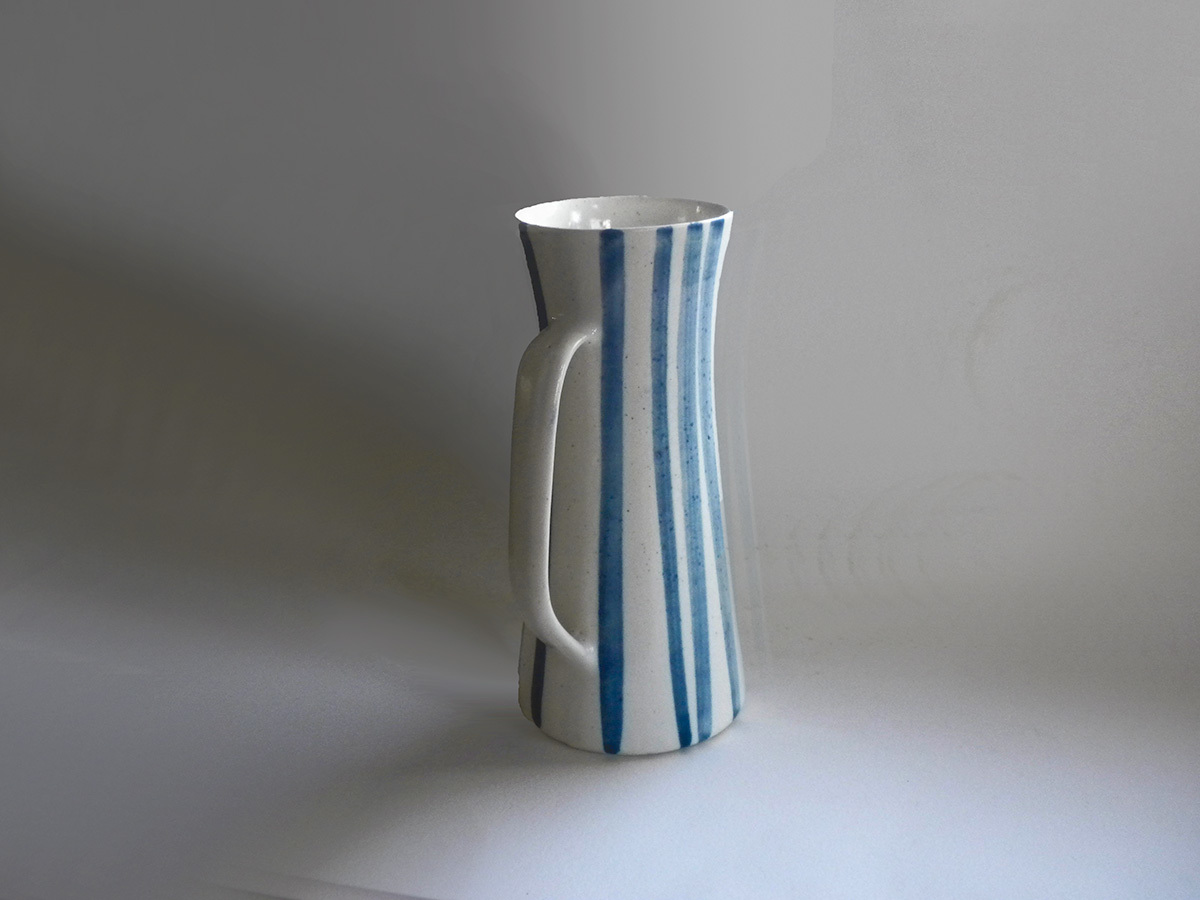 Before Weston designed the prototypes for individual pieces, he made many sketches of a complete line of functional forms on any piece of paper handy, including napkins from road side diners, This is likely the original prototype of the stein because he wasn’t thinking about brand identity when he signed it in simple script with his last name.

By the time Dad did the second stein shown with it in some pictures, the idea of a brand identity, complete with a logo, began to evolve as Weston started to sign his work with “A” instead of “Andersen” The way the signature on this stein is written in fluid decorating color, makes it difficult to determine if the spelling is “Anderson” or “Andersen”, but I interpret it to be “Anderson”. The changing of the spelling from the Swedish spelling to the Danish spelling indicates the thought process at work in developing a brand identity. Weston’s ancestors are Danish. The decision to use the ancestral spelling of his last name is an integral acknowledgement of who he is and how he came to be here in the grander scope of human history.

The stein is shown with second stein made around the same time. The second stein is signed with an “A’ on an unglazed background. In the early fifties Andersen Design was called Ceramics by Anderson. 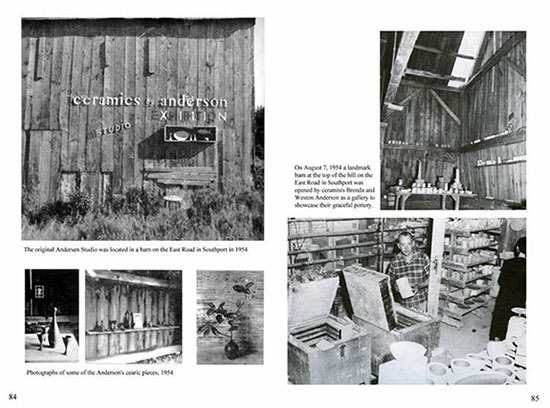 The stein is perfect in form, representing the way that Weston intended it to be produced. The cast is thin and the stein is taller than the second stein shown with it. The difference in length has to do with a longer grinding process used on the lip of the second stein so that it is not only shorter but it does not flair out as much as in the original prototype. 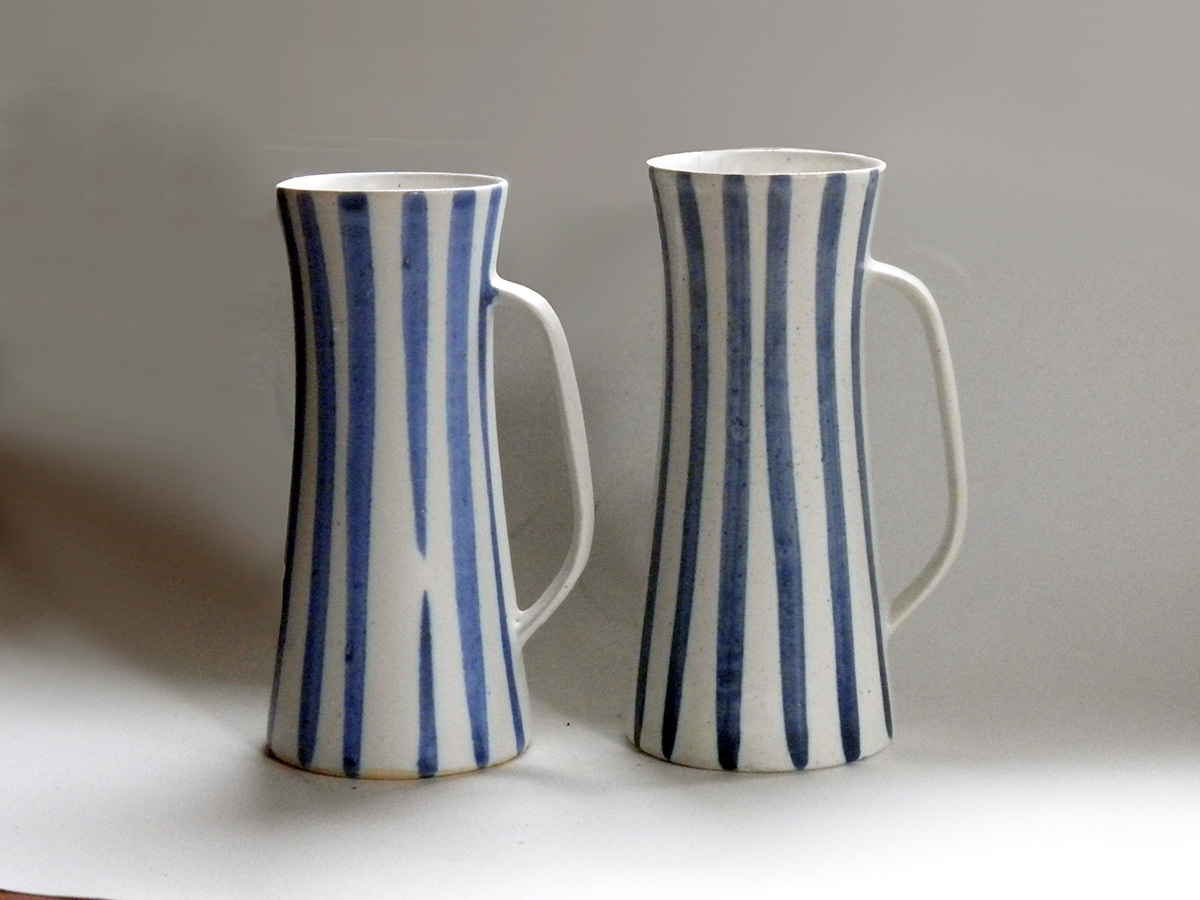 This stein is a product of a moment in history and a perfect example of the prototypical form of the classic Andersen Design Blue striped stein, all hand-made and decorated by, Weston Neil Anderson.


Andersen Design is an American Designer Craftsmen Studio established by Weston and Brenda Andersen in 1952 on Southport Island, Maine, USA. The studio was started with a philosophy of creating hand crafted products affordable to the middle class. Andersen Design remained an American made ceramic studio when most of the western ceramic industry moved production to foreign labor markets and competed successfully in a market flooded with foreign made imports, producing a hand-made art product affordable to the middle class. Andersen Design stands as a singular American original design company taking a unique alternative path during an era of global transformation.


This offering is for the Original Prototype Stein, with the scripted Andersen Signature, only.