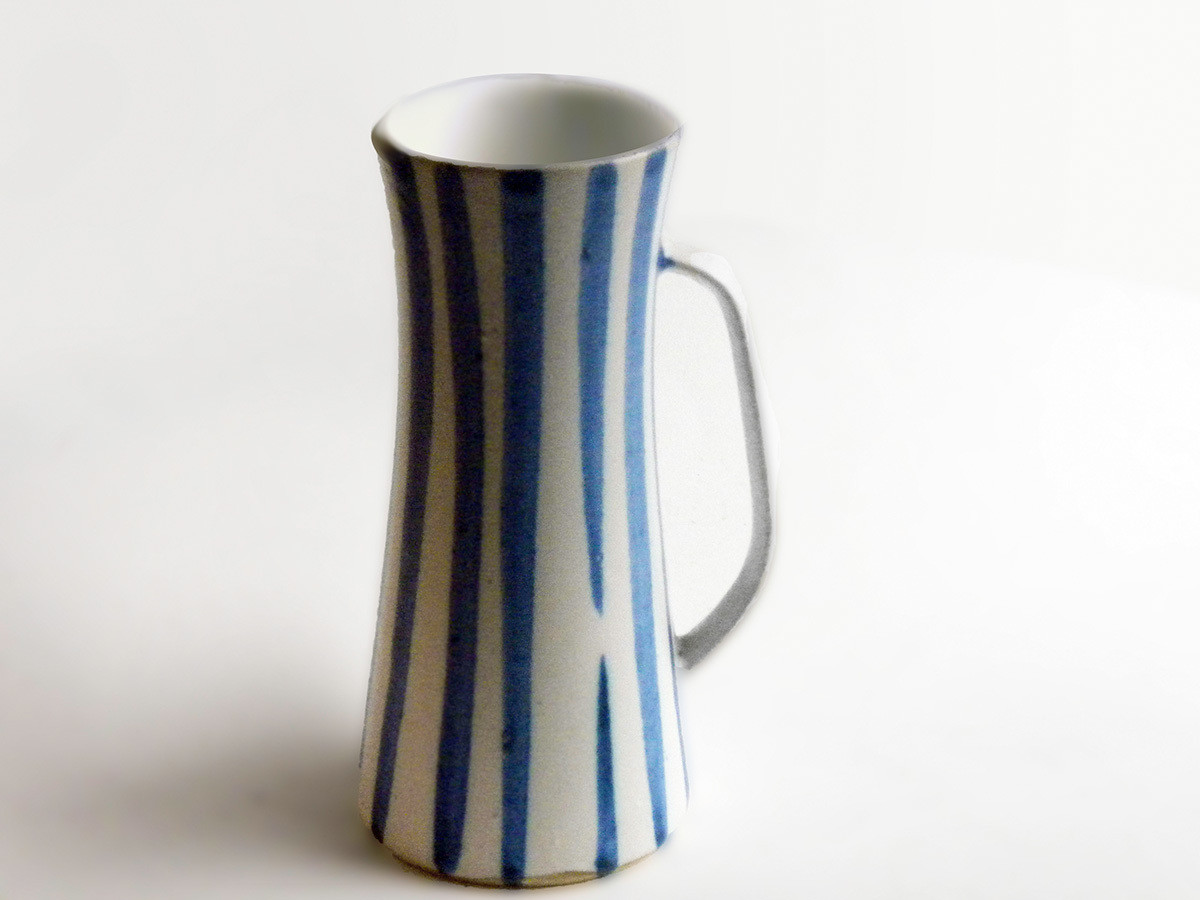 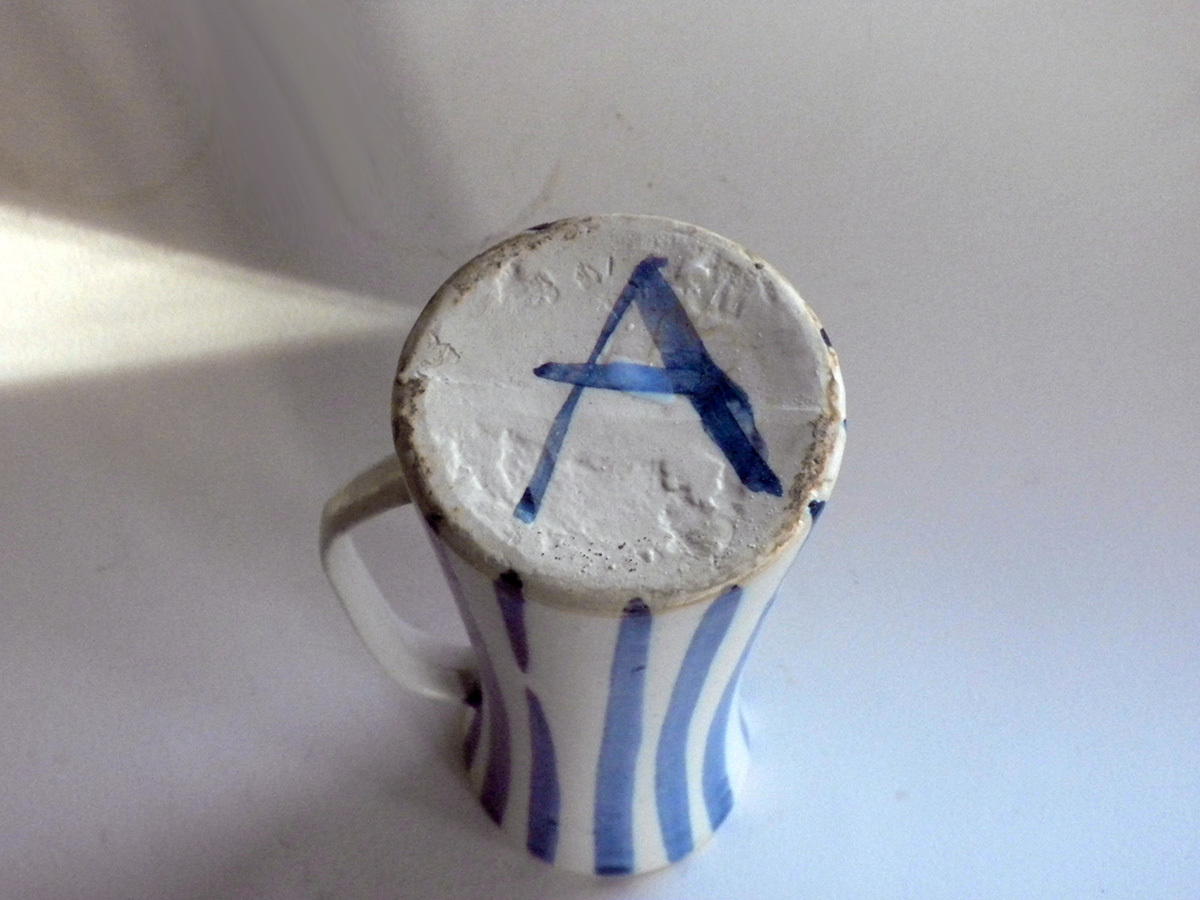 The blue and white stein is an Andersen classic. This stein appears to be made around the same time as the original prototype, shown with it in some pictures.The original is the one with “Anderson” on the bottom. It is slightly taller. This stein is signed on the bottom with a hand scripted “A”, painted in blue decorating color against the unglazed bottom of the stein.

The stripes on the two steins appear to be done by the same hand, Based on signature, the stripes are painted by Weston.

While this stein does not have the full flair of the original form, the skipped spot in one of the stipes exquisitely expresses the core Andersen philosophy based in nature’s elegant imperfection. The stripe with one small skip is the central focus of the stein, graceful in its simplicity and in the choice to let it be, exactly as it happened, without any attempt to correct it. 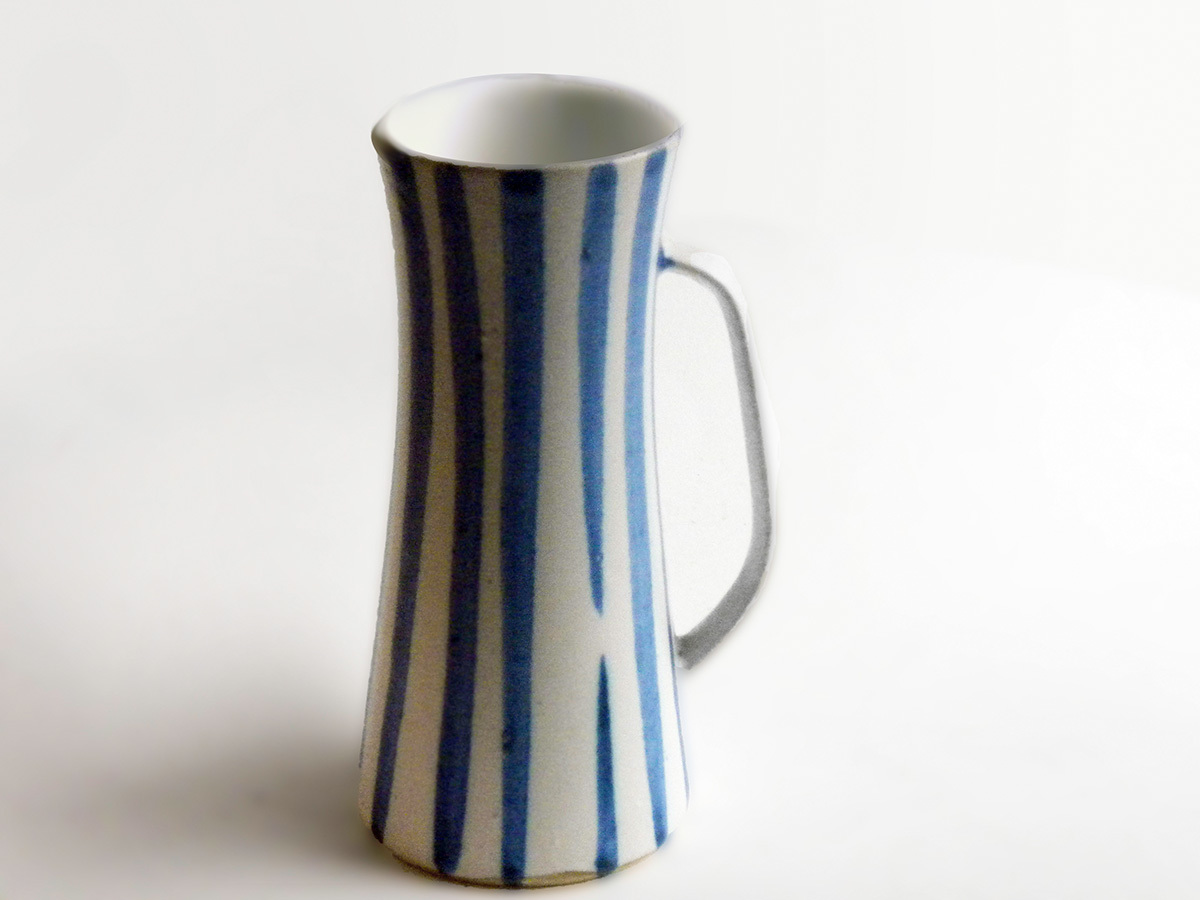 This stein is slightly shorter than the original, attributable to extra grinding on the top. However, it also could have been made from a second generation of the mold. First an original mold is created, out of which the master mold is made. The master mold is used to create production molds. One of the images shows the two steins next to a third stein, decorated in the brown abstract pattern, developed by Weston. The third stein is even shorter. It was probably made in a production mold. I am not sure why the size reduces but I would like to take it back to its original size and flair when we get this invaluable American enterprise appropriately funded. The handle on the third stein is softly rounded, which I attribute to the layer of brown slip under the glaze. Each generation has its own esthetic. 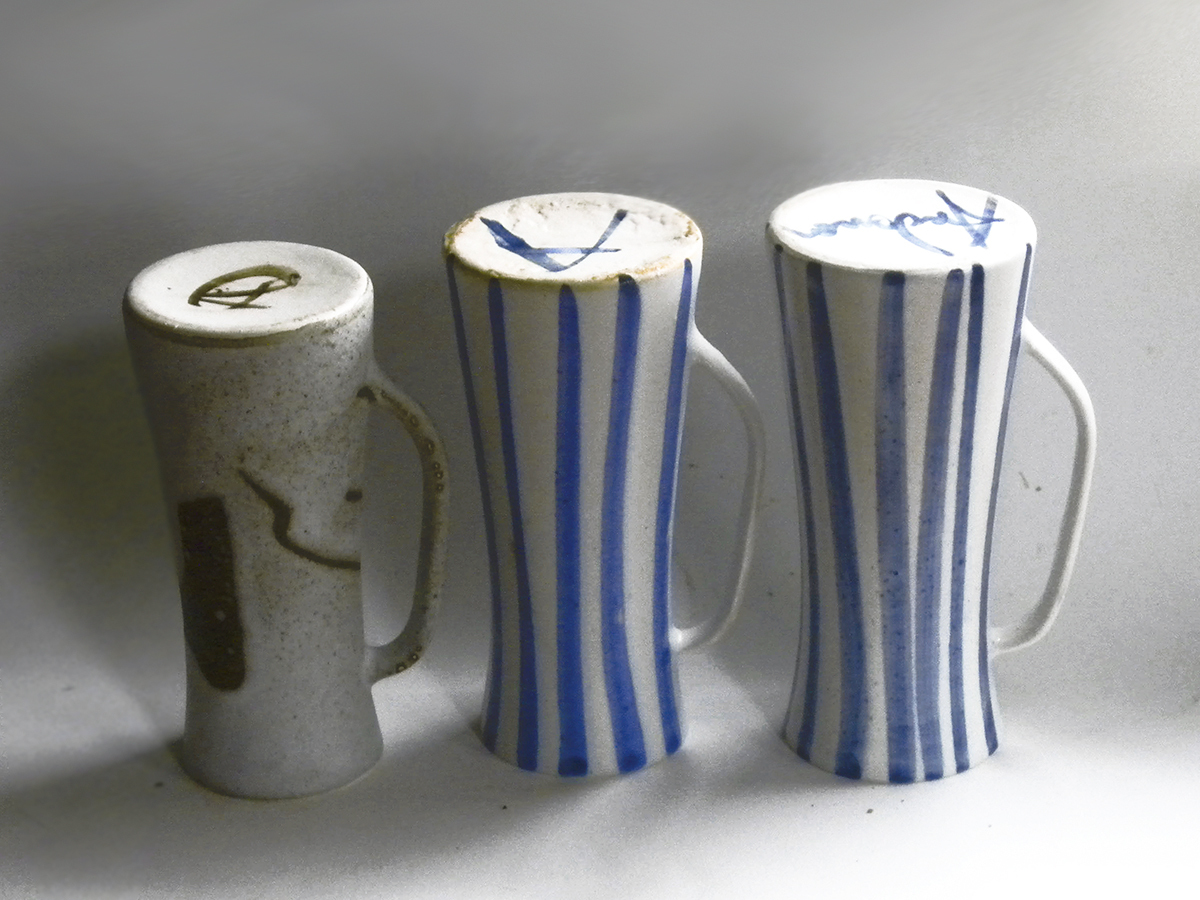 Andersen Design is an American Designer Craftsmen Studio established by Weston and Brenda Andersen in 1952 on Southport Island, Maine, USA. The studio was started with a philosophy of creating hand crafted products affordable to the middle class. Andersen Design remained an American made ceramic studio when most of the western ceramic industry moved production to foreign labor markets and competed successfully in a market flooded with foreign made imports, producing a hand-made art product affordable to the middle class. Andersen Design stands as a singular American original design company taking a unique alternative path during an era of global transformation.


This offering is for the rare early Stein, with the scripted A identifying it on the bottom of the form. It has a matte white glaze differing from the glossier glaze on the original prototype. That is likely because the white glaze was till being developed at the time these two steins were produced, dating their age at about 1952.. The stein is 6.75 inches tall, 2.75 diameter on top and 3.25 diameter on bottom.