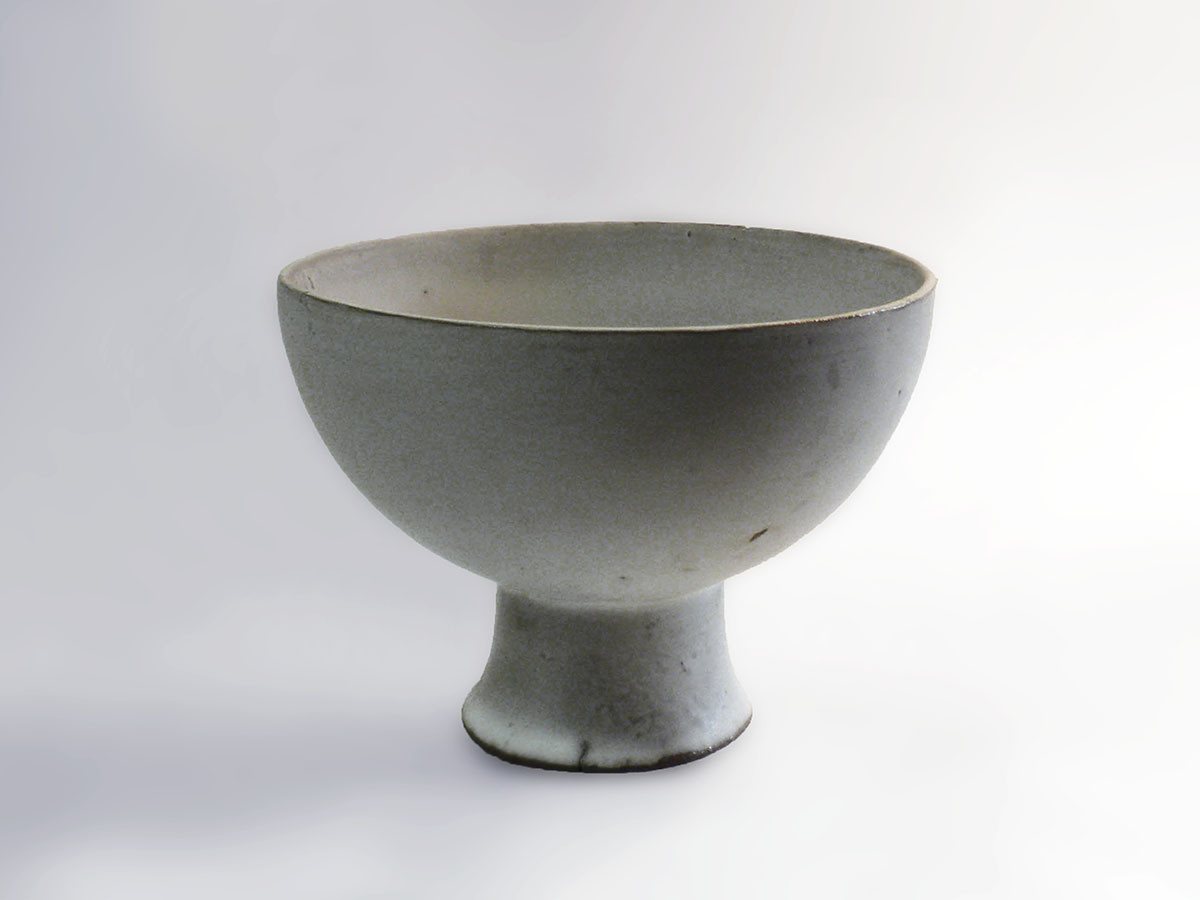 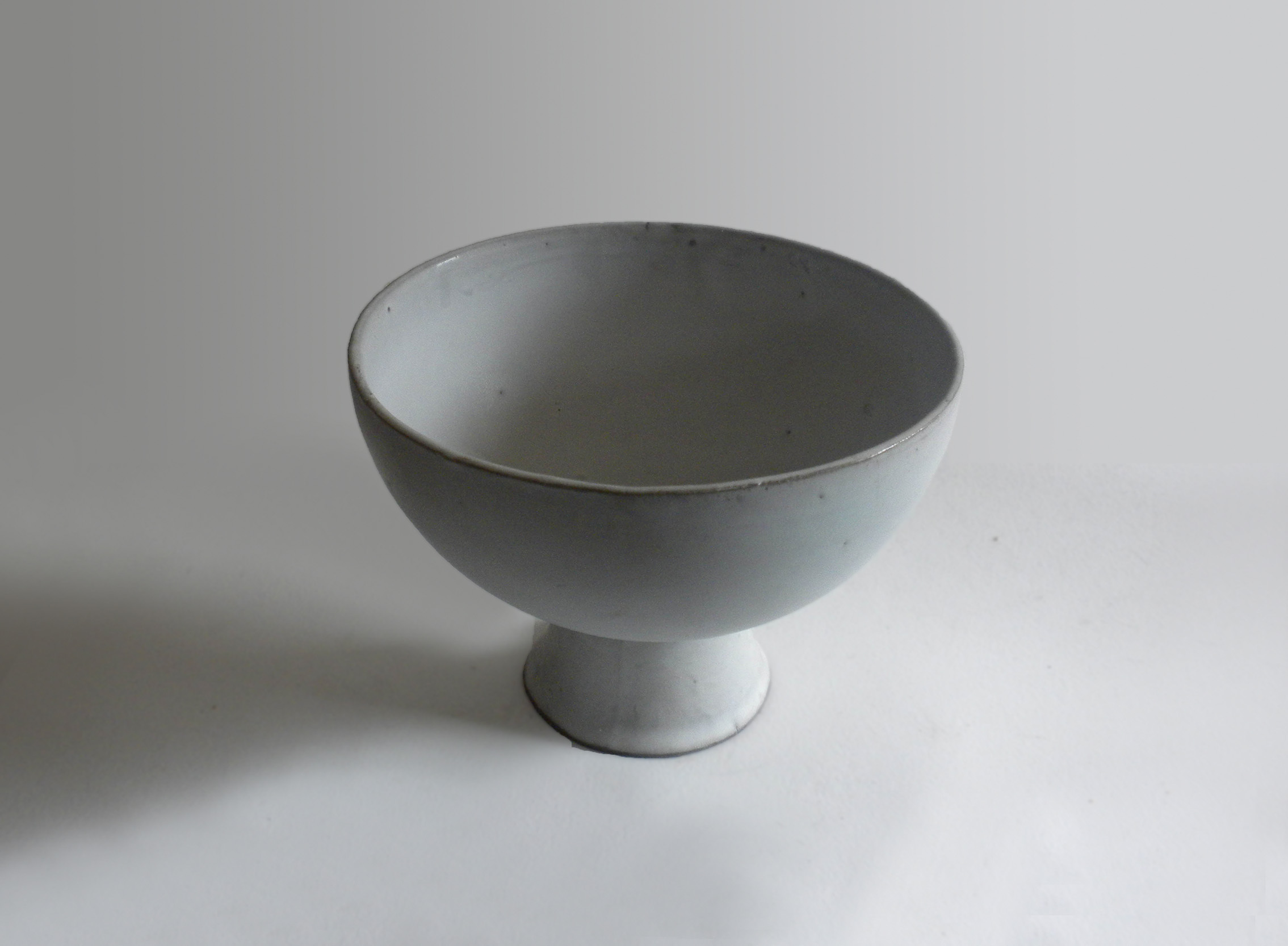 Andersen Design is an American Designer Craftsmen Studio established by Weston and Brenda Andersen in 1952 on Southport Island, Maine, USA. The studio was started with a philosophy of creating hand crafted products affordable to the middle class. Andersen Design remained an American made ceramic studio when most of the western ceramic industry moved production to foreign labor markets and competed successfully in a market flooded with foreign made imports, producing a hand-made art product affordable to the middle class.

The Chalis Bowl is a rare prototype which Weston was developing in the decade preceding the brain injury with which he was afflicted during the last five years of his life (1922-2015). Weston produced three prototypes of the Chalis, but one was broken and glued back together, leaving only two unaltered prototypes. Weston was experimenting with variations of the foot of the Chalis.

Weston often used a cut and paste technique in designing, literally cutting up slip-cast forms and pasting them together to make new ones. A mold was made of the basic form of the bowl of the Chalis. The foot appears to be made from a cut out of the top of flute vase which has a slight flair. The other Chalis Bowl is glazed in Ebony and used a part of the flute vase with no flair for its base.

This Chalis is glazed in the standard matte white glaze, designed by Weston, over the red stoneware body, which creates a soft gray. Weston also designed the recipe for the body used in slip-casting the forms.

The glaze in the bowl has numerous and subtle irregularities which are considered as variegations elegantly produced by nature’s process in the making of hand-crafted ceramics. The variegations identify the Chalis as an object of history, a time and a place when an unusual American company was possible. We hope this unique enterprise will persevere so that future generations can participate in the engaging process of handcrafting ceramics in America, but there is no certitude today.The small unglazed scratch in the foot of the Chalis is such a mark identifying the Chalis as a hand-crafted prototype produced by the one of the founders of Andersen Design, Weston Neil Andersen, in the latter years of his life.

The Chalis Bowl is four inches tall and six and a half inches in diameter,

All Andersen Design products begin with the raw materials of the earth and are hand-made in the USA.